Those with ADHD are Life’s entrpreneurs, CEOs, leaders, explorers, champion athletes and out-of-the-box-thinkers

Dr Dale Archer is a famous psychiatrist and New York Times bestselling author. Dr Archer hosts his own TV and radio show, as well as blogs and writes extensively on the topic of ADHD, the Attention Deficit Hyperactivity Disorder, or sometimes called ADD (attention deficiency disorder). He also happens to suffer from the condition

Unfortunately, ADHD has one of the highest rates of misdiagnosis by health professionals as it is often seen as the ‘bad behaviour’ disability. Furthermore, it is also often mismanaged through over prescription of medication which can have serious health and mental implications.

By changing the way we view ADHD, people with it should learn to embrace it as means of success rather than a disability. Rather than a disease, ADHD is actually an advantage which helps you to thrive and succeed – just as Billionaire Richard Branson has done with the Virgin company (including a space program!)

ADHD makes you great at fast paced activities and rapid decision making, especially when it requires attention to many factors. This means often kids with ADHD are good at sports which forms a perfect challenge. People with ADHD often become leaders and explorers, where their boundary pushing and quick, lateral and creative thinking often allows them to come up with new innovating solutions

The ADHD Advantage is a great read if you might suffer from the condition, or have a family member or friend who is a little hyper, too. Lets work together and change the stigma, one page at a time. 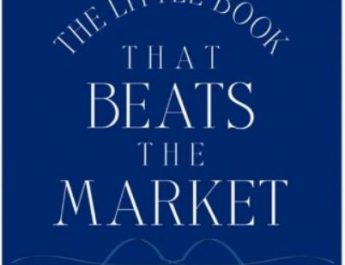 The Little Book that Beats the Market | Joel Greenblatt

How to make more money

Using Debt to Get Rich