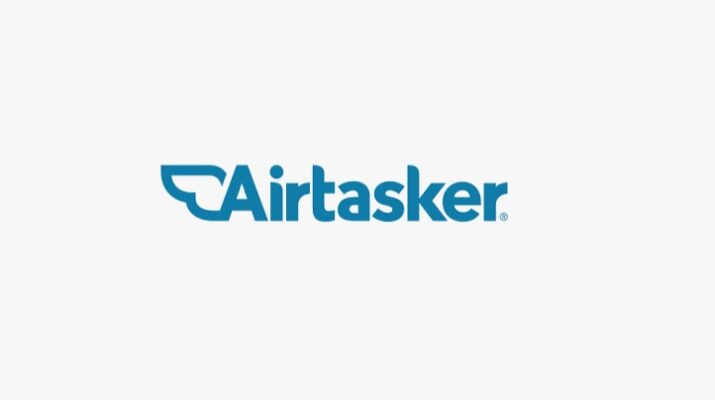 Airtasker is an Australian company providing a platform where people can post jobs that need to be done. Taskers offer jobs and are paid after completion. So is it easy to use and how much does it cost? Read on for the full Airtasker review..

Verdict: While Airtasker is on the pricey side for Posters and Taskers, it’s worth it if you need a job done quickly, or if you want to make some extra money.

Airtasker is one of the most well-known online platforms where people can pay someone to do a task for them. Airtasker was started in Sydney by Tim Fung and Jonathan Lui. It was listed on the ASX in 2021. Registration on the platform is very easy and once you have done it, you will be able to post a job or make an offer to do a job.

There are many different types of jobs that are posted on the platform. Payment is released after the task has been done. Although Airtasker has received a number of negative reviews, it is still one of the biggest peer-to-peer job outsourcing platforms in Australia.

Airtasker1 is a peer-to-peer platform that allows people to outsource their tasks by matching them with Taskers who offer to do that task. Users of the platform can post any kind of job that they want to be done and Taskers can offer to do the job. Anyone can sign up to join Airtasker and there are a large number of categories of work that can be done on Airtasker.

How does Airtasker work?

Both Posters and Taskers need to register with Airtasker before they can use the platform. Posters will need to give some details about the task, such as what the task is and when and where it needs to be done. They should also give a suggestion about how much they want to pay for the job. Workers can then bid for the job. The Tasker can search the available tasks in their categories and make an offer and set the price.

The price can be adjusted later if necessary. When they receive a bid Posters can see the profiles of the Taskers. Once the offer is accepted, the payment is held with Airtasker Pay until the task is complete. When the task is done, payment can be released. You can also leave a review of the Tasker who has done your job to help others decide whether they want to use that Tasker.

Airtasker has more than 100 different job categories which you can find in a drop-down menu. If you don’t see the category you want, then you choose ‘Other’.

“There are a range of tasks available on Airtasker from tasks around the home like deliveries, cleaning, gardening and handyman work to tasks for businesses like office admin, promotional work or computer & IT support. There also a range of creative tasks like photography, graphic design and website & blog support which can help you earn money online.”

How much does it cost to use Airtasker?

It is free to sign up for Airtasker, but a fee is charged for each task that is completed. That money is taken from the payment to the person who does the work. Airtasker also charges booking fees for Posters.

What percentage does Airtasker take?

For Posters, the booking fee is 10%. For Taskers, Airtasker has a service fee and Tiered Pricing. There are four tiers that are determined by Completion Rating and your earnings in the last 30 days.

Excellent completion in the last 20 tasks and earnings of at least $4,800 in the last 30 days

Can you negotiate price on Airtasker?

You can negotiate the price on Airtasker. Increasing the price is easy. Once the offer has been accepted, you can select increase price which is located above the private message button, and add more money.

Decreasing the price is more difficult as both parties must agree in writing. You begin by discussing with the other person about decreasing the task price. You must do the negotiation on the Airtasker platform. Once you have decided on a fair price, then you can contact Airtasker and decrease the price.

It is very easy to post a task on Airtasker. You need to begin by describing what you need to get done. You should also post the date that the task should be done or whether the dates are flexible. Next, you have to say whether you need the job to be done in person or online. If it is in-person you have to give the postcode or the suburb. After that, you can provide more details and photos if necessary.

Finally, you need to post the budget for the job. However, you can negotiate the final price later.

What happens when I accept an offer on Airtasker?

After you have posted your task, you can review the offers and easily select the one which is most suitable. After you have accepted an offer you can communicate with your Tasker through the private messaging feature. Once the task is complete, the Poster will inform Airtasker and the payment will be released after 5 business days.

What kind of jobs can you post/find on Airtasker?

There are more than 100 different categories of jobs on Airtasker, and if your task does not fit into any of the categories, you can choose ‘Other’. This means that as long as there is someone willing to do the task there aren’t any tasks that can’t be posted on Airtasker. You can also search for a task by the name of the task, as well as browsing by category.

Can you get scammed on Airtasker?

Unfortunately, there are a number of ways that you can get scammed on Airtasker. Posters can post non-existent jobs with the aim of getting personal info from Taskers. Taskers can take on jobs they are not capable of or ask for extra money after they start the task. Some users have called the platform itself a scam as it can be difficult to get a refund if you need to cancel your job.

“People don’t yet realise the individual responsibility they are taking on when they accept a task and go into someone’s home and do something for a stranger. We know from the research that most of the time it is OK, but just like the real world things can go wrong.”

How much is Airtasker worth?

Airtasker started trading on the ASX in March 2021, and although its price went to $1.96, like many other tech companies, the share price has dropped dramatically. Nevertheless, its revenue has increased to $31.5 million in 2022. It is also expanding overseas. It has also recently acquired another platform called Oneflare. Read more about the Airtasker annual results here2.

Airtasker is an Australian company that was founded in 2012 by Tim Fung and Jonathan Lui. They acquired a rival company called TaskBox in 2013 and Occasional Butler in 2014.

It was listed on the ASX in 2021. In May this year, it acquired Oneflare. For more information about Airtasker see this article3.

How do I pay for Airtasker?

Airtasker has its own payment system which they call Airtasker Pay. Both Posters and Taskers will need to register a VISA card or a Mastercard with your account. Taskers can include Afterpay in their offer. When the Poster accepts an offer from a tasker, payment is taken from their card and added to an escrow account4 until completion of the task.

When the task is complete, the Tasker can request payment and the Poster can release the payment which goes to the Tasker’s bank account after 5 business days.

Do I need an ABN for Airtasker?

You don’t need an ABN for Airtasker, but if you are doing a lot of work on the platform, then an ABN allows you to claim certain expenses as deductions on your tax return.

Is Airtasker worth it?

For many people, Airtasker is definitely worth it. Online reviews show that there are many satisfied community members of this platform. If you have a small task that you need to get done, then Airtasker can save you time and effort. For larger jobs requiring skilled tradesmen, Airtasker may not be the best choice as it is difficult to learn enough about who you are dealing with from their Airtasker profile. Because Airtasker charges so much, Taskers are likely to charge increased prices, compared with local companies or other platforms. For Taskers who are doing it as a side hustle, Airtasker might be too expensive, and it’s worth looking at other platforms, such as TaskRabbit, offering similar services.

Airtasker is one of the largest online task outsourcing platforms available to Australians, but it is also one of the most expensive. If you want to post a small task online, the 10% booking fee is not very much, but your potential Tasker will probably have to pay 20%. As a result, they may expect to receive more than you expect to pay.

It is simple to register for Airtasker and the platform is very easy to use. For some people, Airtasker is very good value, but before you decide whether it is the right platform for you, it is a good idea to do your own research first.

3. ‘Get to know one of our recent ASX listings – Airtasker Limited (ASX:ART). Giri Tenneti. Published 6 May, 2021. Accessed online at https://www2.asx.com.au/blog/on-the-board-newsletter/2021/get-to-know-one-of-our-recent-asx-listings-airtasker-limited on 8 Oct, 2022.

7. ”I would have been helpless’: Predatory behaviour warning on Airtasker’, Cara Waters, SMH. Published (Updated): July 12, 2017. Accessed online at https://www.smh.com.au/business/small-business/i-would-have-been-helpless-predatory-behaviour-warning-on-airtasker-20170710-gx8alc.html on Oct 11, 2022. 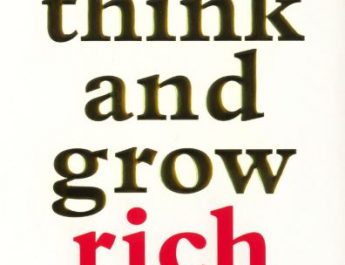 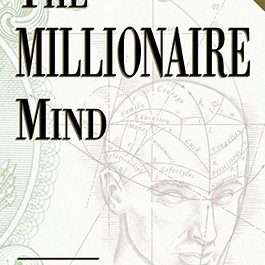 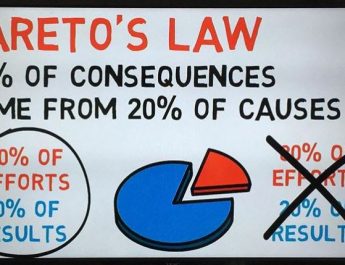 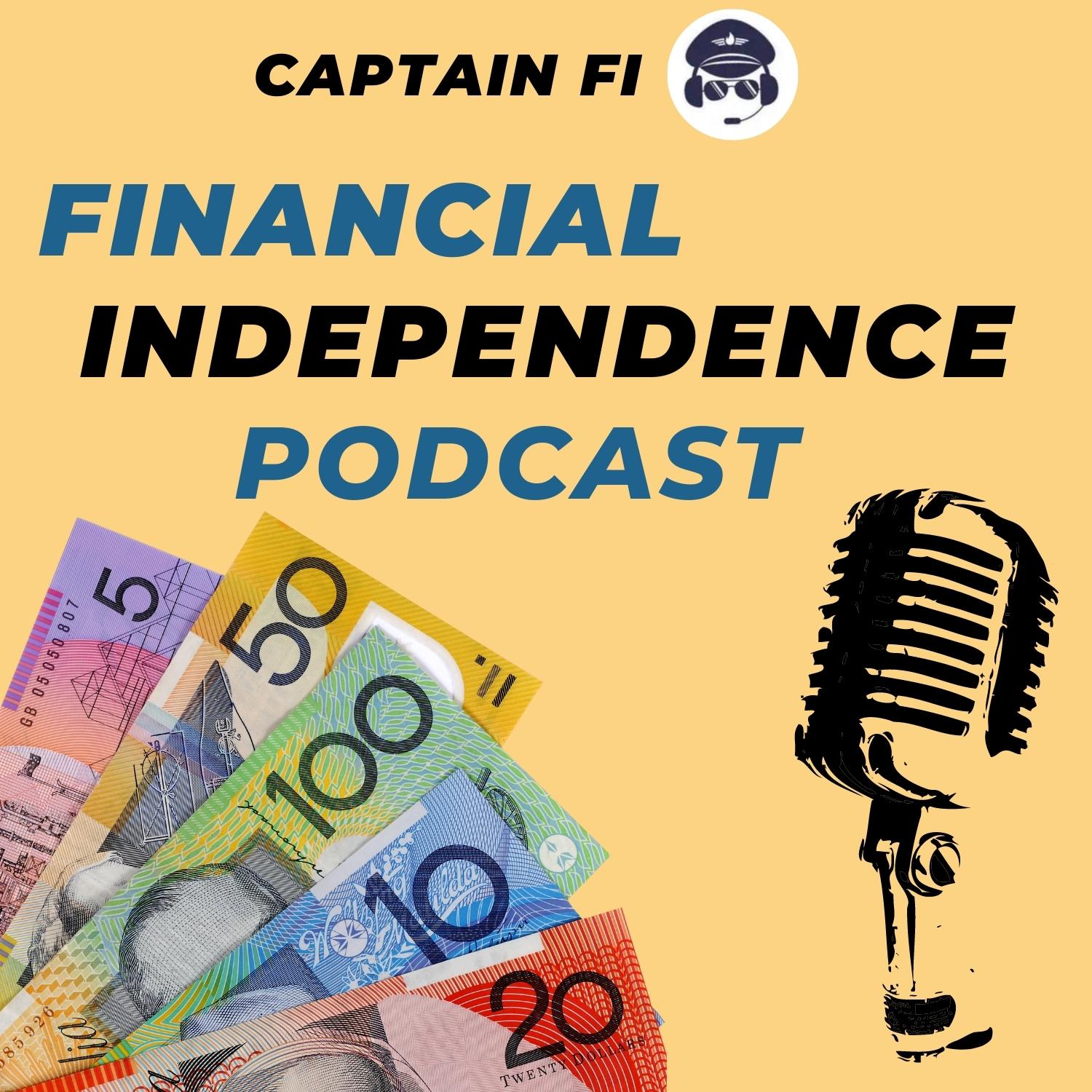 The Intelligent Investor Rev Ed.: The Definitive Book on Value Investing
$14.29
Buy on Amazon
SaleBestseller No. 2

Investing All-in-One For Dummies
$31.99
Buy on Amazon
SaleBestseller No. 3

The Simple Path to Wealth: Your road map to financial independence and a rich, free life
$17.99
Buy on Amazon

Personal Finance For Dummies
$12.59
Buy on Amazon
Bestseller No. 2

How Finance Works: The HBR Guide to Thinking Smart About the Numbers
$19.99
Buy on Amazon
SaleBestseller No. 3

How to Adult: Personal Finance for the Real World
$12.39
Buy on Amazon
Bestseller No. 4 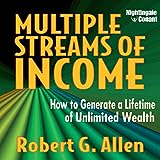 Multiple Streams of Income: How to Generate a Lifetime of Unlimited Wealth
$45.99
Buy on Amazon 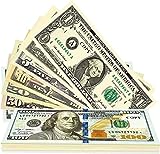 Money: The True Story of a Made-Up Thing
$17.99
Buy on Amazon
SaleBestseller No. 4 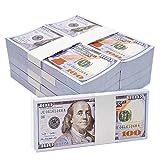 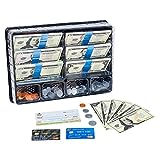 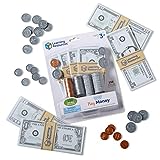