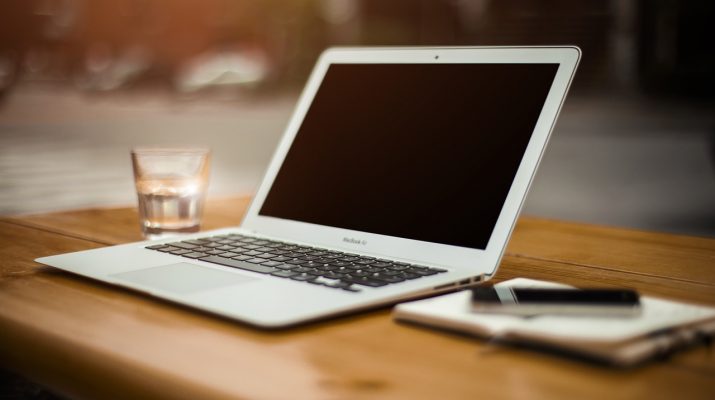 There are some pretty amazing bloggers out there in the FIRE / personal finance sector, as well as some great stuff popping up on social media channels too. I want to give you a run down on some of the ones I found the most influential and learned the most from.

Mr Money Moustache, aka Peter Adeney from America is one of the most infamous bloggers on the FIRE scene. MMM started this epic personal finance blog in 2011. It has since grown into almost a cult following of ‘Moustachians’ which promote the virtues of financial independence. MMM details his journey from working as a software engineer and being able to retire in 2005 aged thirty through hard work, frugality and savvy investing.

You can check out his blog at mrmoneymustache.com that is packed full of great advice, amazing stories and cold hard facts. I’ve learned a lot from MMM, especially the satisfaction behind being frugal and how delayed gratification leads to much greater success.

He regularly contributes to his blog, and the comments section are usually pretty lit, with a lot of engagement from his ‘Mustachian’ followers. His website is just massive and there is a huge wealth of free information available to read

MMM has featured in countless radio and television interviews, podcasts, other blogs and YouTube videos – all based upon his ‘shockingly simple math behind early retirement’. If there is one blog I think you should look into, I highly recommend that it is Mr Money Moustache!

JL Collins is like the OG (Original Grand-dad!) of FIRE! He wrote an amazing blog called ‘The Simple Path to Wealth’ which has some pretty amazing content.

One of the best series within the blogs has to be his Stocks Series, which contains basically all you need to know about investing on your path to reach financial Independence. He has since collated, condensed and edited this entire blog into the book (with the same title as the blog) ‘The Simple Path to Wealth’

He echoes the virtue of an incredibly simple investing portfolio of ulta low cost total stock market index fund ETFs. It is interesting to see how his investing attitude changes as the blog developed, and how he dropped the majority of Money markets (fixed interest bonds) and property out of his portfolio on his journey to 100% equities.

JL Collins now invests primarily only in index fund ETFs, with a small cash buffer and bond holding due to his growing age and being deep within the retirement phase of his life.

Do yourself a favour and watch this January 2018 interview of him at this ‘Talks at Google‘ (AKA ‘Ted’ Talk) event.

His blog the Mad FIentist provides an amazing inspiration and a load of free practical tools such as calculators, portfolio managers and travel hacking comparison tools. He also offers as a wealth of free research on topics spanning investing, tax minimisation, as well as the general psychology of investing and FIRE specifically. He opens up and is very raw and genuine about his own experiences chasing FIRE, especially talking about his own mental head-space and I think he should be commended and respected for that.

I love reading his blogs but some of his best work are the podcasts. These are pretty long, and packed full of great information. I love re-listening to the podcasts whilst driving, and I’ve picked up a load of useful lessons and strategies from him, sometimes on the third or fourth listen.

The Aussie Firebug was one of the first bloggers I really got on board with, and helped me to discover FIRE from an Australian perspective. Whilst a lot of bloggers present great information and reasoning, The Aussie Firebug goes that one step further and gives you detailed information (including YouTube tutorials) about the actual steps you need to take to pursue FIRE, i.e. how to start a brokerage account, how to invest in shares, how to fill out a tax treaty form etc.

The Aussie Firebug started his investing journey with a foray into property investment, and (just like Strong Money Australia) has since refocused his efforts into index funds through ETFs and LICs in a manner similar to Mr Money Moustache and the Mad FIentist.

His website aussiefirebug.com is a great wealth of resources and features informative and entertaining podcast interviews. The Aussie fire bug also provides useful step by step guides which really resonated with me, as we have come to a number of independent conclusions and use many of the same products.

AFB has a strong community engagement and also runs dedicated ‘Ask Firebug Friday’ blogs where he interacts directly with his followers. His blogs are fun to read and its clear that the Aussie Firebug has a great sense of humour, is hard working and is just generally pretty down to earth Aussie. His style of writing clearly resonates with younger Australians.

Strong Money Australia (SMA) is a blog created between Dave and his partner which details their journey to FIRE. SMA are from Perth, Australia, and started their financial journey with property investing.

Although initially focused on property with portfolio or net worth / capital investing, Dave and his partner shortly discovered the amazing benefits of income investing. They detail their journey of realising how low cost ETFs and LICs can provide a diversified and regular stream of income allowing them to reach FIRE sooner. SMA writes on and give comprehensive guides on how to transition from a property to an index fund based portfolio

The SMA website also features a comprehensive discussion on low cost ETFs and low cost LICs and why investing for increasing dividend streams is their primary effort. Whilst Dave is now purely concentrating on buying only LICs as his preferred index fund investment vessel/structure (over ETFs), I still love ETFs due to their simple trust structure so I buy both ETF and LICs. There is some great discussion on his blog as well as links to some other great blogs on this topic.

I enjoy spending hours tabbing through all of Dave’s blogs on my tablet whilst sitting down with a nice pot of tea on my balcony, and with over a hundred quality articles its never hard to find one I am interested in. SMA regularly release new blogs with relevant and insightful information, so I highly value his experience in the FIRE scene.

Dave Recently teamed up with Pat from the Life Long Shuffle to produce the Fire and Chill Podcast, which is a great regular podcast which tackles some of the big issues people face on their journey to Financial Independence.

The FI explorer details the journey of a 40-something year old FIREstarter who is a little further down the path than most. Whilst the FI explorer doesn’t post a lot, the content on his site is very straightforward and to the point. The FI explorer is very open and honest about his investments, and the majority of his posts provide detailed investment breakdowns and monthly portfolio reviews.

From what I can tell, it looks like the FI explorer is chasing what is sometimes referred to as FatFIRE, or reaching a point of Financial Independence on a larger passive income without the need for frugality. His goals is to obtain a portfolio of approximately (AUS) $2M, to allow a passive income of over $80,000 per year.

At the time of this article, The FI explorer has a portfolio of approximately (AUS) $1.7M. Whilst many of his peers may have thrown in the towel and quit their job on the passive income that this would produce, it is clear that the FI explorer likes his job and is happy to continue to work for the ability to spend more in retirement.

The FI explorer invests mainly in diversified Australian ETFs, his largest ETF holding being Vanguard High Growth Fund, then Betashares Australia 200 ETF (ASX:A200) and then Vanguard Australian shares (ASX:VAS). The FI explorer does not particularly like LICs due to their structure, so he doesn’t invest in them at all. He does however, invest in other areas which conventional FIREstarters avoid such as Bonds, directly owning shares in companies, Gold (physical and gold ETFs), Bitcoin and in Peer to Peer lending.

Pat the shuffler, aka Pat Syrak, runs the blog ‘Life long shuffle‘. Like other FIRE bloggers, Pat has been featured in a lot of main stream media interviews. Pat is really open about his progress towards FIRE, and publishes his financial independence progress tracker and net worth sheets every month (similar to the Aussie Firebug).

Pat is a 30 year old Engineer and I definitely felt a sense of instant rapport with him since I started my aviation career in engineering too (this means we probably ate the same amount of instant Ramen noodles whilst trying to work out questions and assignments on mechanics of solids, finite element analysis and programming). Like myself, Pat is also from Sydney, Australia which is one of the most expensive cities in the world to live in.

One of the resources Pat gives away for free on his site is his LIC discount estimator which you can view here. Pat also has a wealth of other resources on his website as well as some great blogs on topics related to FIRE such as home cooking, travel, frugality, and shopping / budgeting.

Pat Recently teamed up with Dave from Strong Money Australia to produce the Fire and Chill Podcast, which is a great regular podcast which tackles some of the big issues people face on their journey to Financial Independence.

In summary, these blogs are a great source of information. In today’s information age, we have vast amounts of information and resources at our fingertips through our smartphones, tablets and computers. These blogs represent a great way to get that information, from credible people who have successfully reached FIRE or are well on their way to it. These are just my favourite six, and of course they cross reference to other blogs, content and resources available for free.

Enjoy going down the rabbit hole! If you find anything awesome online or think I should review any other blogs, let us know in the comments so we can get to it!

6 thoughts on “Finance blogs in Australia and World wide”

Using debt to get rich

Get rich with a garden

Reflections on an amazing childhood

Get rich with a Whole Food Plant Based diet