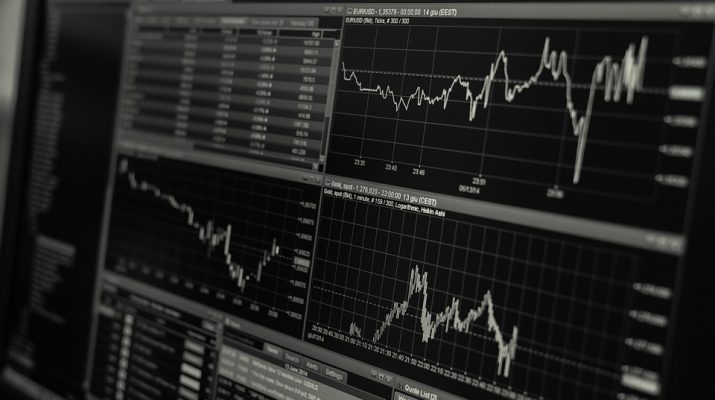 All things considered, no one can predict the market. All we really control is the price and fee’s we pay. Low cost index investing is smart and efficient way to invest and generate real wealth over the long term.

Both of these two stock market index funds are types of ETF – Exchange Traded Funds. Think of them as parcels of shares – each share of VAS or A200 is actually a representative share of each of the hundreds of company that the fund owns. Lets use VAS as an example to learn more: VAS is comprised of the top 300 Australian companies by market capital, according to the S&P/ASX 300. When you buy a share of VAS, you are actually buying a small share in every company in the ASX300 – the below table lists the top 10 major companies owned by the fund which make up just over 43% of its total holdings.

So by purchasing one share of VAS, in one trade you have accessed hundreds of companies and widely diversified your portfolio. So then what happens? Well if you hold the ETF long enough, as you might expect, the underlying shares will produce returns (both capital gains and dividends) just as if you had owned each of the individual shares directly. The fund collects the dividends on your behalf, automatically re-balances itself according to the S&P/ASX300 Index, and then pays you the dividend.

An ETF like VAS is an example of an ‘open ended’ fund. When you purchase a share of VAS, the fund creates and allocates you that share, and your money is pooled with other investors to purchase the underlying shares (in line with the current market indices) which are then added to the funds holdings. The share price of VAS will vary according to the variation of the share price of its constituents, or Net Asset Value (NAV), and in line with efficient market theory, it will always trade at a Price equal to its Value (share price = NAV).

Most ETFs have ultra low fee’s due to the simple, and mostly automated nature of managing the funds. For example VAS has a Management Expense Ratio (MER) of .1%, or 10 basis points – that is, to administer your portfolio, Vanguard will charge you a .1% management fee every year, or $10 for every $10,000 you have invested. Given an actively managed portfolio may have MERs of around 2-5%, you .1% is bugger all! In comparison, A200 offers an even lower MER of .07%, 7 basis points or $7 for every 10,000 invested, as they track the top 200 companies rather than the top 300 companies (the returns of which are mostly identical, but more on this later).

So in summary, an ETF is a parcel of shares which gives investors access to a diversified list of holdings at rock bottom prices. But that’s not the end of the story – what if I told you that you could have your cake and eat it it too: Enter, the Listed Investment Company.3

A Listed Investment Company behaves similarly to an ETF, but it has one fundamental difference: it is a closed ended fund. That means there is a limited number of shares. To buy into LICs, it means you have to buy someone else’s share, or buy a new share the company has created if they are trying to raise capital. LICs vary immensely, and can range from small companies with only a handful of board members or employees, to the complete opposite of the spectrum. In this discussion I will limit our discussion to the former, as they tend to have the lowest fees and offer the best value for money

The Australian Foundation Investment Company (ASX:AFI) is one of Australia’s oldest LICs. It offers a relatively low MER at .13% or 13 Basis points ($13 for every $10,000 invested) and is a fantastic value for money investment, producing consistently good returns for its shareholders.

Similarly to the ETF, the a LIC has a Net Asset Value (NAV) which is essentially the sum total of the funds holdings divided by the number of shares (this is an approximation as there is for example complications involving tax but lets use this definition for beginners). However being a closed ended fund, it is subject to market pricing. Depending on investor sentiment, the share price may rise or fall according to standard economic principles of supply and demand. This means a LIC can trade at a premium (in excess) or at a discount (below) its NAV.

Performance: So what are your expected returns – this all depends on the index you are tracking. The S&P/ASX300 ten year return has been approximately 9.5%, that is an annualized 9.5% return on investment. The index isn’t perfect however, and although it aims to track this index, it may fall short or even outperform it. Usually though, the drag caused by portfolio management will cause a small under-performance, usually fractions of a percent.

So Index funds – LICs and ETFs sound pretty good huh? But if its so good then why isn’t everyone doing it? Well the answer is the finance industries little dirty secret – these no frills investment strategies just aren’t all that profitable to those with their hands in the biscuit tin! Many brokers and financial planners would rather sell you actively managed funds which come with higher fee’s or management expense ratios and performance incentives, all of which erode the performance of your investment.

Even the Barefoot Investor himself made a LOAD of money selling the stock tipping website ‘The Barefoot Blueprint’ which gave paid barefoot investor subscribers tips on which hot stocks they should load up on. It is interesting that he also suggested investing in ‘Breakfree portfolio’ of stock market index fund ETFs as a smart investor strategy.

Its not without its risks, however. Its always worth remembering that an index is a representative share in a real world company. These could do great, and expand, producing profits for shareholders, or they could go bust. But realistically by owning an index of hundreds of companies, the likelihood is not all will collapse simultaneously.

Also, by owning the index, you won’t have control over the assets in your portfolio – as ETFs and LICs are often weighted by market capital, and as a result large bank stocks can make up a high percentage of your portfolio. It has also been suggested that investors lose the ability to vote with their feet with regards to poor management or corruption in a company; investment in ETF is one on ‘autopilot’ and many investors are blind to goings on within those companies

So which is better?

There is a fairly fierce ongoing debate in the FI (financial Independence) community over which is better – LICs or ETFs, but my personal opinion is they are both pretty damn good investment vehicles so I hold both as part of my invesment strategies! Especially Aussie LICs and ETFs, which offer juicy franking credits for tax optimisation.

LICs have the ability to trade below their Net Asset Value – meaning you can pick them up at a discount sometimes. This is an attractive feature. LICs also are actively managed – which can be seen as both a pro or a con, depending on your personal investing attitude. I personally like that the old school Aussie LICs try to optimise their investing for increasing dividends, and pass these on fully franked. I know that dividend investing with these companies is a stable, well documented path to financial independence.

I also love the transparent and ultra low fee nature of the Aussie ETFs, which still pass on big franking credits. By tracking the index, you don’t get someone tampering with the portfolio and potentially stuffing it up (but you also miss out on potential gains by targeting specific sectors).

At the end of the day, I tried stock picking at the start of my investing career. It was kind of fun, but on average my wins and losses equalled out to just about the index. I decided an index style investing strategy was for me, and started buying up loads of index fund ETFs. After learning a little more about LICs, I now see them as a way to purchase something at a discount to its value, and potentially as a way to use a specialist fund managers knowledge to slightly tinker with that index toward a higher dividend yield.

Stock market index funds like ETFs and LICs make up a large amount of smart investors portfolios, and can be a valuable tool in reaching FI (financial independence). The worlds most successful investor Warren Buffet thinks that investing in the stock market through ETFs is the most efficient way to reach FI! But make sure to do your own research, read the product disclosure statement, and follow your investment strategy.

If you want to delve a little deeper into the field, check out Paul Rickard’s (former CEO of Commsec) explanation in the video below 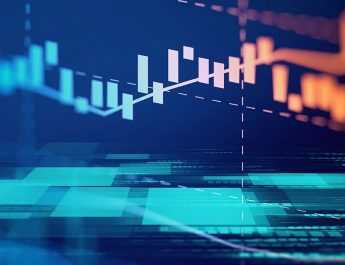 What is a stock broker? Everything you need to know to Invest

Finance broker: can they save you money?

The Lifestyle Investor: The 10 Commandments of Cash Flow Investing for Passive Income and Financial Freedom
$24.99
Buy on Amazon
SaleBestseller No. 3

How Finance Works: The HBR Guide to Thinking Smart About the Numbers
$22.84
Buy on Amazon
SaleBestseller No. 2

The Intelligent Investor: The Definitive Book on Value Investing. A Book of Practical Counsel (Revised Edition)
$14.29
Buy on Amazon
Bestseller No. 3