Most countries have a form of retirement plan or structure that gives employees a tax incentive to save for their retirement. This usually takes the form of tax concessions, contribution matching for low income earners, or even being tax free all together. Over time, the power of compound interest works to produce a sizeable nest egg which can then be drawn down to fund your retirement in your later years.

In Australia, we have a mandatory retirement scheme called Superannuation. Super is similar to a 401K scheme, Roth, Roth IRA or an Individual Retirement Account (IRA), but there are one or two critical differences. The superannuation portfolio or account itself is essentially a tax sheltered stock portfolio. This was designed to reduce the reliance on social security and the aged pension, and put the onus on the individual to look after their retirement.

Under Superannuation according to the ATO if you earn more than $450 a month your employer must generally contribute a minimum of 9.5% of your wages into your superannuation portfolio – but they can contribute more. This is usually called the employer contribution.

You can also concessionally contribute or salary sacrifice your own before tax dollars up to $25K per year, or make a non-concessional (using after tax money) into the fund too (I think up to $100K per year). Not all super funds are the same, and inside your super there can be different ‘parcels’ of funds with different names – but most funds have the following three general accounts;

Sometimes they all go into the same one account, but beware that the different methods of contribution can sometime have different benefits attached to each contribution. Also, TPI and life insurance could be billed out of one section and not the other – You should check specifically how your retirement savings are invested!

Your Retirement accounts build up during your ‘working career’, and then when you retire you can usually elect to either take it as a lump sum amount (which a lot of people do to pay off their house or any other debt they may have) or you might otherwise have the option to take it as a (hopefully indexed) pension. So whats the catch? You can only access the funds when you hit your preservation age…

There is a special subset of superannuation packages called defined benefit funds, which allow their members to access their super at a set age regardless of when they were born. Defined benefit funds work a little differently to regular super, and are actually more like a guarantee or life insurance scheme as opposed to a portfolio that is directly invested in the stock market.

Defined benefit funds are actually some of the best retirement plans out there, and many have been created for government workers (by government workers…). Infact, everyone has cottoned on as to how good they are and now due to financial pressures the Aussie government is reigning in on them – there are pretty much no defined benefit funds left that you can join (unless you were already signed up as part of one previously).

So in general, this means when most of us turn 60 the government deems we have officially hit retirement and grants us access to our retirement nest egg. Little do they know that FIRE retirees have been living it up retired for the past 30 years somehow! Although you can’t generally access it before your preservation age, super helps FIRE retirees a different way.

As long as your FI portfolio can last you between early retirement and preservation age, you can draw down on it until you can access your Super. And all the while, your super is growing in its tax sheltered haven. Whilst you work investing and building up your FI portfolio, your employer is still investing into your super. Other than the mandatory 5% post tax contribution you have to make, any cash you’ve stashed in it along the way was only charged at 15% tax rather than the much higher marginal rate. This is called concessional contributions and in Australia, this is currently capped at $15,000 per year for individuals.

Of course there are ways for dodgy employers to get around having to paying super, such as hiring you as a contractor by making you get your own ABN (Australian Business Number). Some other companies blatantly refuse and break the law, hoping no one finds out, but they usually end up in court or in jail and have to pay out damages.

Personally, although I don’t make as much money as some of my colleagues flying for private jets or various airlines. Overall though, I have pretty good benefits which includes above industry superannuation contributions, as well as generous travel and overnight allowances. Although I have less control over my Super (I can’t pick where it is invested and my fund has fairly high management fees), the higher employer contribution outweighs the drag penalty of the fees. My Retirement investment account is essentially at the discretion of the company – but if I had my way I would simply make it mirror my FI portfolio and hold good quality, diversified and rock bottom price stock market index fund ETF and LICs.

For someone happy to work that 8-5 grind until they are in their sixties, and who wants to save a bit of tax, it probably is a good idea if they want to be more comfortable in retirement (if they didn’t work themselves into an early grave first!). I realised though, that I was going to reach FIRE and retire early, that I was going to need that money sooner.

So rather than contributing to my superannuation or any other tax sheltered retirement accounts, I just decided to build up my FIRE portfolio outside of superannuation. Whilst it wasn’t going to be as tax effective as superannuation, I could make up for this by being very mindful about spending and really paring down my cost of living. Then I just direct this torrent of savings into ETFs and LICs. I’m now regularly hitting my goal of an 80%+ savings rate, and sometimes manage to get close to 85% when I crunch the numbers in my monthly reviews.

I didn’t have enough invested at the start to really warrant starting a discretionary trust structure, however now since the income from the FI portfolio is starting to push me into the higher tax brackets, it is now worthwhile. By using a discretionary family trust, I can allocate the tax burden of the FI portfolio by distributing income to members of my family on lower tax brackets than me.

This tax saving more than covers the administrative burden of the trust. Whilst I’m not exactly getting the same low flat 15% taxation rate I would in Super, its still better than nothing, and I can control the trust meaning I can direct its distributions to me when I retire.

If you compare this 15% to the marginal tax scales above you can see that someone with an income of $37,000 is paying a total tax rate of approximately 9.6%, and any income distributed to them to take them over the $37,000 bracket would be charged at 32.5%, rather than the 37% or 45% you may be getting charged at the higher tiers.

If you can distribute to a family member not earning an income such as a non working spouse or stay at home kids (over 18) studying at college, then they will potentially pay zero tax on distributions up to $18,200, so it is very effective.

Income tax sheltered retirement accounts can be a very effective way to grow your retirement nest egg, but they can have some serious draw backs about when you can actually access your money. Complicating things further is potential legislative change which might see the preservation age continually creep upwards as we see a global ageing population and a greater strain on social security, healthcare and the aged pension.

What are your thoughts on tax sheltered retirement accounts? Do you have Superannuation or use a 401K account? If so, do you max it out with concessional contributions? Let us know below. 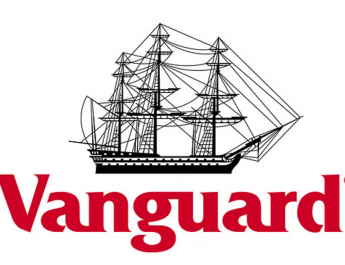 How to start investing in Australia

Investing in index funds in Australia

One thought on “Superannuation, 401K and IRA’s”

Captain FI is a Pilot based in Sydney, Australia and is passionate about Financial Independence. He writes about Personal Finance and his experiences becoming an investor on track to retire by 30.

SelfWealth Review: Can you trust one of Australia’s cheapest brokers?

Save money on your Auto car insurance

The Captains Library: The Best Investing and Financial Independence Books

Get rich by Investing in LIC and ETF index funds

Using debt to get rich

Get rich with a garden

Reflections on an amazing childhood